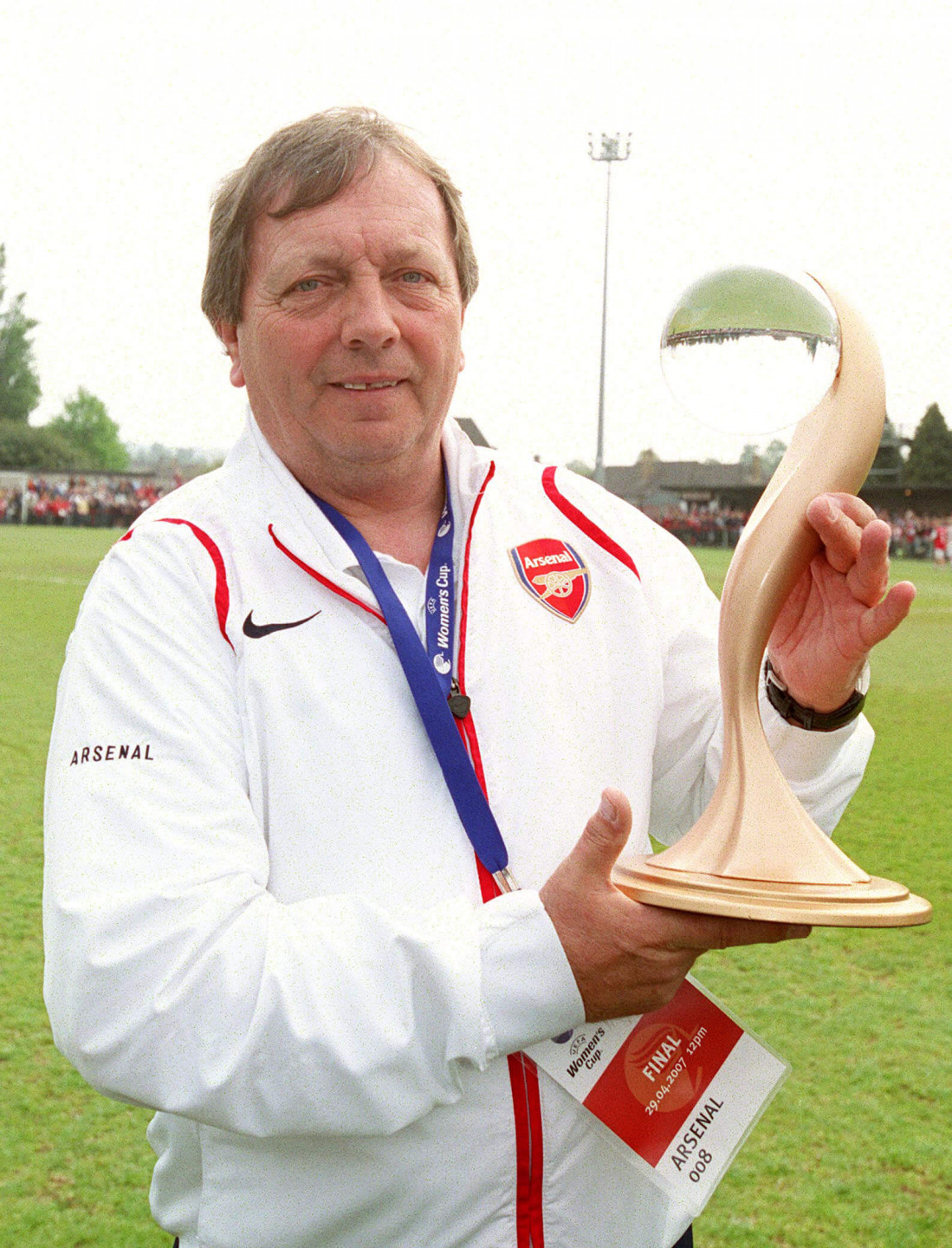 Vic Akers is one of the most successful domestic coaches in the history of the women’s game, having dominated England’s competitions with Arsenal. Not only did Akers win 32 major trophies during his time as head coach, he was also the founder of the club, having introduced Arsenal Ladies (now Arsenal Women) in 1987. As well as 11 league titles and Women’s FA Cup trophies, Akers also led the Gunners to the UEFA Women’s Cup in 2007 – the first English club to win a European title. Akers wasn’t just successful in winning silverware, but can be credited for working with and developing players including Kelly Smith, Faye White, Karen Carney, Alex Scott and Julie Fleeting. Away from women’s football, Akers will be remembered for his role as the kitman for Arsenal’s men’s team, a role he held from 1996, right through to manager Arsene Wenger’s departure from the club in 2018.